Common Dog Behavior Problems and How to Address Them 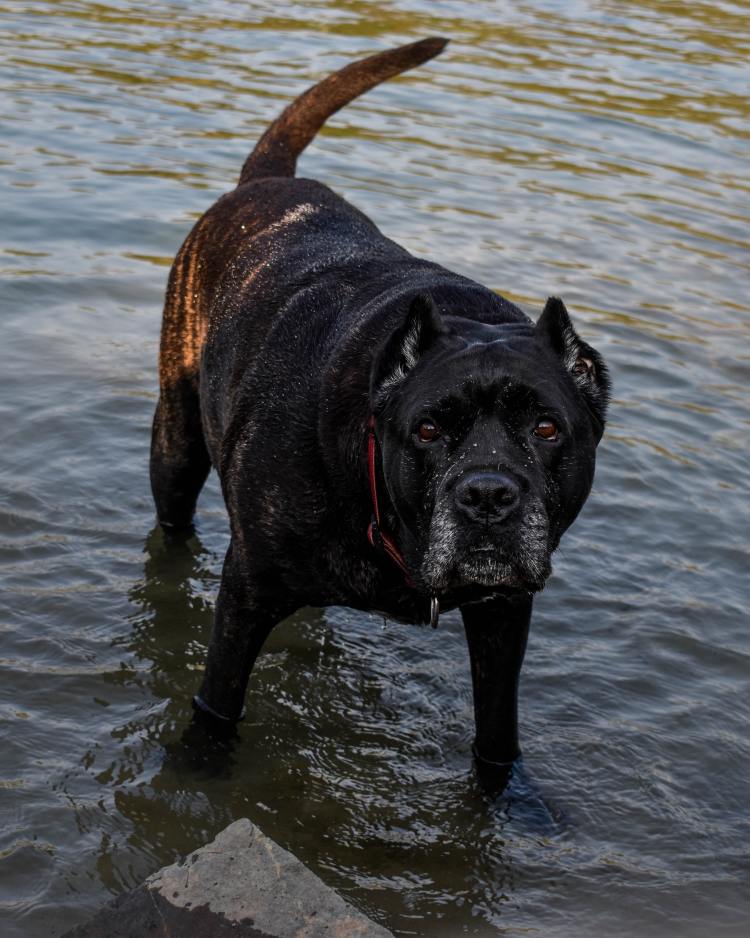 Whether you’re already a seasoned dog owner or are considering adopting a puppy, it’s difficult dealing with bad behavior. Whether your dog is barking at nothing or growling at strangers, sometimes it’s hard to tell whether their undesirable behavior is normal (and amendable) or cause for concern.

So, how can you tell your dog’s shoe chewing problem isn’t actually a symptom of separation anxiety? Or when does puppy biting turn from normal behavior to a sign of aggression?

In this article, we’re breaking down some common dog behavior problems, their causes, and how to address them.

What is the cause of common dog behavior problems?

There are many reasons why a dog may exhibit behavior issues, but the core reason is that they have a need that is not being met, so they will misbehave to get their point across.

Sometimes, a dog’s unwanted behavior points to a deeper, underlying issue that may require a trip to the vet. Other times, they may just require additional obedience training classes or one-on-one help from a professional dog trainer. Dogs communicate their emotions through their actions, so teaching them to improve their behavior will also allow them to express their wants in a healthier, safer manner.

Here are just a few common dog behavior problems and why they might be happening.

Dogs bark for many reasons, but here are a few common ones:

For the most part, barking is completely normal behavior as dogs rely on vocalizing to communicate. However, when dogs bark excessively, causing a disruption to their family members’ lives, it becomes a behavioral problem that needs to be addressed. To get to the bottom of your dog’s excessive barking, assess their body language in different situations. For example, if they bark their heads off when the doorbell rings and someone comes to the door, you’ve identified a trigger. You’ll have to implement behavior modification techniques to help them react to this scenario in a different way.

Sometimes, dogs bark because of pain or other underlying medical conditions that cause them discomfort. Again, it’s important that you closely monitor their behavior to see why they’re acting out of character. They may also be suffering from separation anxiety, which is a common stress response for dogs who are overly attached to their owners. If the barking seems to correlate with their physical or mental health, consult your vet immediately to see what treatments may be available.

Puppies use their mouths to learn about their surroundings, so they’ll usually bite out of curiosity. If you have an older dog, they may still nip at others. Although they’re not biting in a malicious way, it’s still a serious behavior issue. That’s why it’s critical you train your dog not to bite at a young age, to avoid causing serious harm.

Dogs can also bite when they feel threatened or overwhelmed, whether it’s because of an individual person or an unfamiliar environment. They may also bite as a territorial response known as resource guarding over certain objects like their dog bowl or even their owner. This is a sign of “possessive aggression” and cannot be corrected with negative reinforcement. Instead of effectively stopping their behavior, you’ll further confuse your dog and potentially worsen their biting habit.

Similar to other common dog behavior problems, chewing isn’t an issue until it becomes disruptive. Unlike normal chewing, which can look like a puppy teething on their chew toys or older dogs gnawing on a bone, destructive chewing can damage important household items. It can also harm your dog, as they may chip their teeth or ingest a product not meant for consumption.

Some common reasons for destructive chewing are boredom, separation anxiety, or simply lack of training. If you have a particularly mouthy canine, make sure your dog gets plenty of physical and mental stimulation, has plenty of chew toys available to them, and is blocked off from any belongings they shouldn’t get into. Ideally, they should be supervised until they break this habit, but if your chewer won’t quit, you can coat different objects in a deterrent like bitter apple spray to make them less appealing.

Canine aggression can be frightening, especially for new and inexperienced pet parents. Aggression can come through in many signs, such as growling, biting, and even lunging at others. Aggressive behavior is one of the more dangerous dog behavioral problems, as it puts family members, friends, and strangers in harm’s way. If your dog is showing clear signs of aggression, it’s important to act quickly.

Pet parents should monitor their dog’s behavior to see what is triggering their aggression: is it a particular person or setting? Is there a pattern when displaying those signs? If you have an adult dog with a gentle temperament that is suddenly lashing out, there may be some health issues at play.

Consulting a veterinarian and an animal behaviorist is the best way to address this behavior, as it poses a significant amount of risk. Depending on your dog’s history, size, and list of triggers, you may need to try different aggression training techniques under careful supervision. Treating an aggressive dog can be difficult and should be taken seriously. Don’t be afraid to rely on a professional, especially when considering the best options for your pup.

Even when dogs are on their best behavior, unexpected accidents and injuries can still happen. With Pumpkin dog insurance plans, you can help your beloved pup get the care that they need.

How to Crate Train a Puppy: Your Step-by-Step Guide

Common Pet Emergencies in Philadelphia, PA: 6 Situations Pet Parents Should be Aware Of

Why Does My Cat Meow So Much?